Meet Sandra, Our New AGS for the Aegon Branch 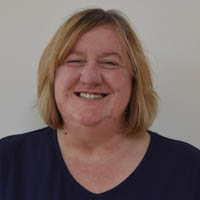 We are delighted to introduce Sandra Easson as the new Assistant General Secretary for Aegis' Aegon Branch. A long-serving member of the Aegis team, Sandra brings a lot of experience and clout to the role which she took up in January. We asked Sandra a few questions to get to know her a little more and get a glimpse of Aegis from her perspective.

Tell us a bit about yourself. I have been rep for at least 18 years and my last role in Aegon was as a Senior Business Analyst in Change Programme Support. As a Aegis rep I have also been Treasurer (twice) and a Member Nominated Trustee Director of the Aegon Final Salary Scheme for over 10 years.

What has been your most memorable experience within Aegis so far? When we became an independent trade union and affiliated with the TUC.

Fresh on the post, what are your short-term plans for the first year? To organise our branch and our reps into a strong team; introduce mentors for the new reps to help them take on casework; and revamp the way we hold our divisional council meetings and our central council meetings so that we get more out of them.

What do you think makes Aegis stand out among other unions? Aegis is more like a family where individual concerns are listened to and acted upon.

Reps are the backbone of unions and having been a rep yourself for a long time, you're aware it is all based on a voluntary contribution of their time in addition to their day jobs. How would you like to reach out to the branch reps during your tenure and keep them engaged? I think better organisation and development will enable our reps to recruit more members and take on more casework. I want to make sure they have opportunities to be able to get involved with everything Aegis does.

What are your interests outside the union? I’m an avid reader of anything fantasy – love the Hobbit and Lord of The Rings. Any type of sci-fi movies – Star Wars and Star Trek being favourites. I’m a tennis fan and try to see as many tournaments as I can. I have been to Queens a few times and also the Madrid Masters. Cruises have become the preferred holidays as I hate flying so we have been on four cruises so far, to the far north and down as far as the Azores. Next one is a mystery so who knows where we will end up.

“A member could come up and talk to me to let me know what's going on in their team, and if something's not going well I'll see what can be done to help.”